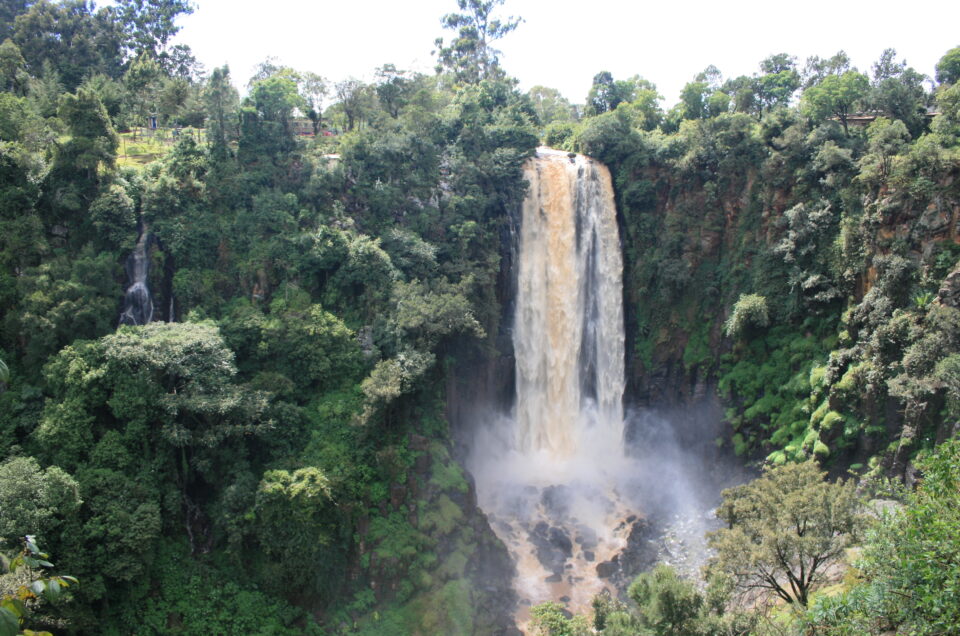 Thomson Falls is located about 3 km from Nyahururu town.  The Falls is on Ewaso Narok river which is a tributary of Ewaso Ng’iro that drains from the Aberdare Ranges.  The waters fall thunderously 74 metres (243 ft) down a deep gorge and is a major tourist attraction.

Joseph Thomson the first European to reach the Falls is the founder and named them after his father.

Thomson Falls is a major tourist attraction frequented by both international and local tourists.  There are a number of hotels including Panari Hotel, Thomson Falls Lodge, Rhino Watch Safari among others.

A lot of picnic area is available where people pay Ksh.200 per person for use of a table.  A small children’s amusement park is also available, but attracts a separate fee.

Nyahururu town is an economic hub, being surrounded by a rich agricultural land, where wheat is grown in the nearby Laikipia county.  Maize and potatoes are also grown in the surrounding areas.